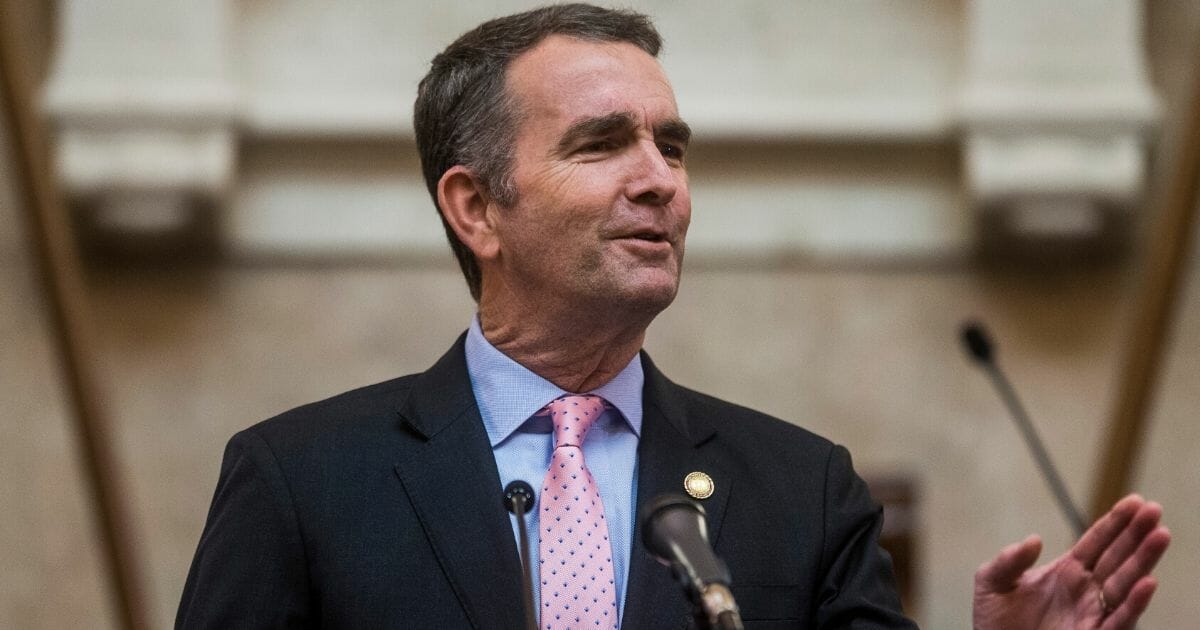 The pro-infanticide Democratic governor of Virginia took the alarming step Monday of making it a criminal offense to attend religious services.

Gov. Ralph Northam issued an executive order related to the COVID-19 pandemic that restricts all social gatherings, public and private, to 10 or fewer persons.

A  sheet of frequently asked questions published by Northam’s office alongside his decree confirms that it applies to churches and other religious gatherings.

“Virginians are strongly encouraged to seek alternative means of attending religious services, such as virtually or via ‘drive-through’ worship. Places of worship that do conduct in-person services must limit gatherings to 10 people, to comply with the statewide 10-person ban,” it reads.

Those who violate Northam’s order will be guilty of a Class 1 misdemeanor, which could land them in jail for a year and/or a cause them to incur a hefty $2,500 fine, according to Virginia’s penal code.

In effect, what this means is that you can be jailed for going to church in Virginia.

While most states have issued shutdown orders that limit gatherings of people to slow the spread of the coronavirus, many have exempted religious services from either the restrictions or the penalties.

But Northam isn’t the only governor to criminalize religious gatherings during the pandemic.

In an executive order Sunday, another Democrat, Rhode Island Gov. Gina Raimondo, banned groups of 10 or more from meeting in a “place of worship,” also under the threat of criminal punishment.

Do you think states should ban church services to stop the spread of the coronavirus?

Republican Gov. Larry Hogan of Maryland issued a similar order Monday barring gatherings of 10 or more, including those for “spiritual” or “religious” purposes. Violators are subject to as much as a year in prison and/or a $5,000 fine.

Wisconsin Democrat Tony Evers issued a stay-at-home order Tuesday that exempts “[r]eligious facilities, entities, groups, and gatherings … except that any gathering shall include fewer than 10 people in a room or confined space at a time.” The punishment for a violation is “up to 30 days imprisonment, or up to $250 fine.”

In Virginia, Terence P. Jeffrey, editor-in-chief of CNS News, reached out to Northam’s press secretary, Alena Yarmosky, for clarification about what his executive order accomplishes.

In an email, Jeffrey asked point-blank if there was an exemption for religious communities.

“The Governor’s EO 53 bans assemblies of more than 10 people, statewide,” she wrote back.

“That includes gatherings at private schools, private clubs, parties, as well as any other social get-together, and religious services.”

Northam issued another executive order Wednesday that exempts abortion facilities from being a “nonessential” service.

So, to sum up, churches in Virginia are effectively being shut down but abortion mills are up and open for business. How disgusting. What kind of country are we living in?

Prudential measures must no doubt be undertaken in order to prevent the spread of the coronavirus. But the orders by Northam and others seem to be a rather draconian approach that fails to respect the rightful autonomy churches and local communities have from an overbearing state.

The First Amendment forbids the government from “prohibiting the free exercise” of religion. Isn’t that exactly what such executive orders do?

Churches across the country have been taking preventative measures on their own to limit the risk of exposure. They should continue to do so — but not under threat of criminal prosecution.

We are committed to truth and accuracy in all of our journalism. Read our editorial standards.