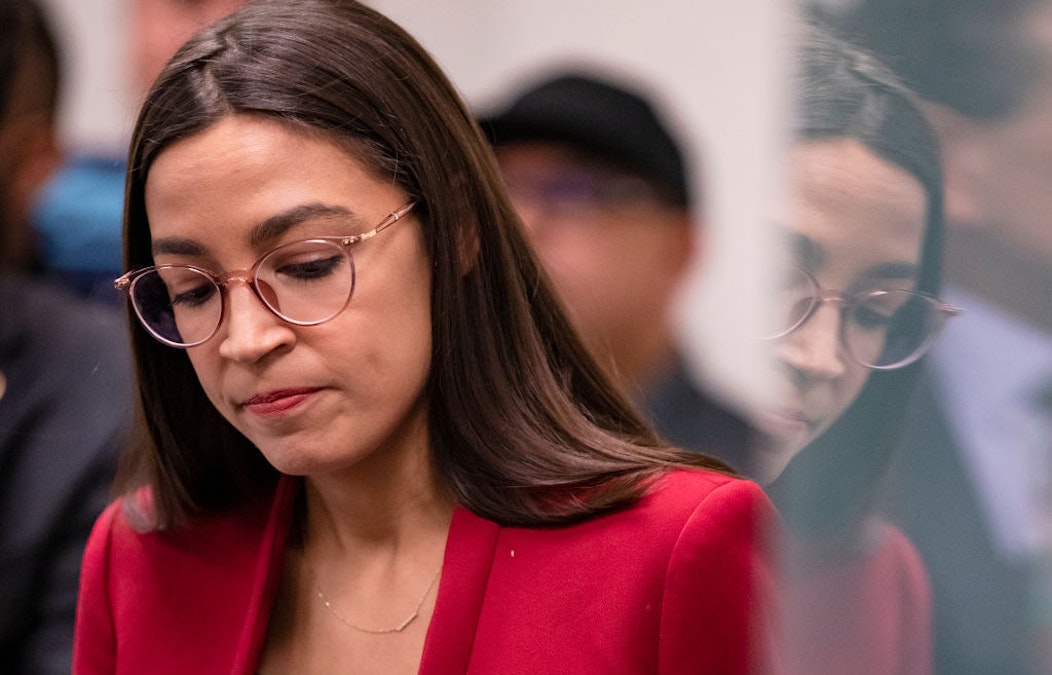 On Wednesday night, the U.S. Senate unanimously passed the largest stimulus bill in history, amounting to some $2.2 trillion in relief measures, including sending $1,200 checks to most American adults (and another $500 for most children), a $500 billion loan program for struggling businesses, cites and states, nearly $400 billion for employee-retention funds for small businesses and another $130 billion for hospitals, among other provisions.

Now the bill goes to the Democrat-majority House, where Speaker Nancy Pelosi (D-CA) is trying to make sure her fellow “disappointed” Democrats get on board.

Despite the economic relief bill’s sweeping provision and staggering final cost, it is not enough for many House Democrats, who want more of their agenda items included, as demonstrated by the House Democrats’ bill floated Monday and quickly withdrawn after widespread backlash over its long list of non-crisis-related, “Democratic wishlist” provisions — including new voting laws, collective bargaining rights for federal unions, and imposing carbon emissions caps on airlines.

House Majority Leader Steny Hoyer (D-MD) announced Wednesday that the House will convene at 9 a.m. on Friday to consider the bill, which will be voted on by voice vote so that House members won’t need to return to Washington amid the crisis.

While the Senate passed the bill 96-0, with some Senators absent due to self-quarantine or health concerns, the House may not see such unanimity, something Pelosi suggested in comments on Wednesday evening. Pelosi strongly signaled Wednesday that she will get the bill passed in the House on Friday, but also revealed that she’s having to do some work behind the scenes to get “disappointed” Democrats on board.

“Those comments came just after Pelosi told House Democrats on a series of conference calls that she is already thinking about the substance of the fourth coronavirus relief package that Congress will have to pass to respond to the crisis, according to sources on the calls,” CNN reports. “Pelosi made it clear to members who are disappointed that the pending bill did not include enough of their priorities that they will have a chance to add those provisions in the fourth package, the sources said.”

“At the start of all this we had two bills, which were about emergencies … and the emergency isn’t over, but the focus was on those two bills. Now we’re mitigating for the damage of it all to the health and to the livelihood of the American people,” Pelosi told CNN. “That is in this bill. And then we will go forward for recovery. Emergency, mitigation, recovery. And again all along the way still addressing the emergency and mitigation needs by focusing on how we build the economy in a positive way as we meet the health needs of the American people.”

All it takes is one House Democrat to force his or her fellow members of Congress to appear in Washington in person to vote, and democratic socialist Rep. Alexandria Ocasio-Cortez, who has been one of the House Democrats who has been pushing for more partisan provisions in the bill, told CNN Wednesday that she might do just that. An incensed tweet by the congresswoman about the Senate adjourning also highlighted her sentiment that members of Congress need to be physically in D.C. “The Senate might ADJOURN FOR A MONTH after this bill?” Ocasio-Cortez tweeted. “This is completely dangerous and unacceptable. We HAVE to be able to respond to people’s needs. People don’t have this time. Even IF the Senate can even return on the 20th (big IF) that may not be enough time to solve May.”