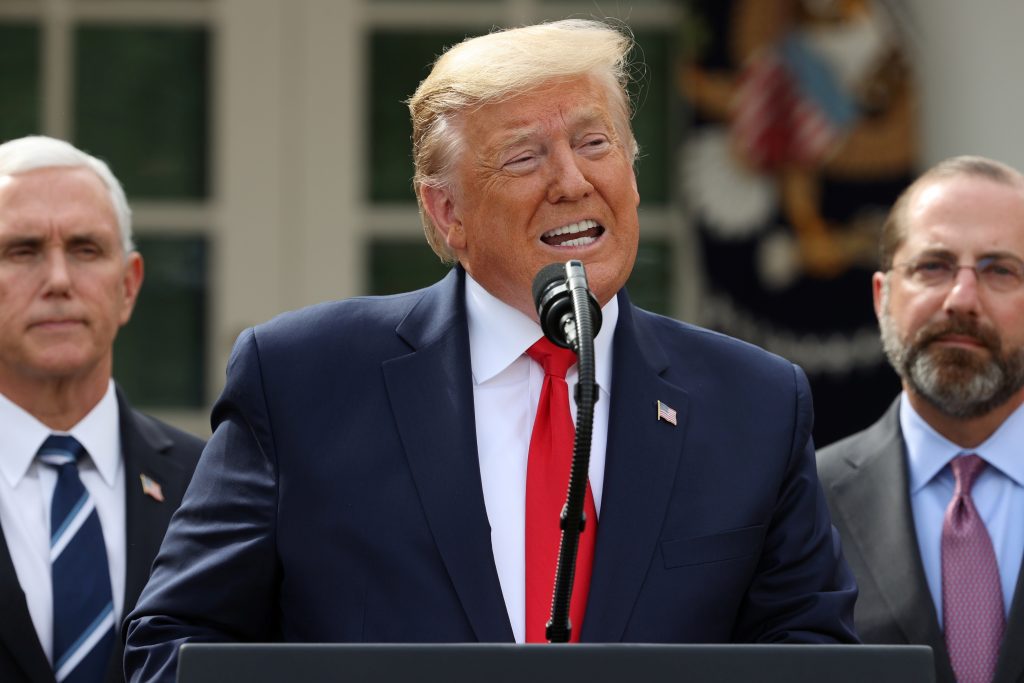 President Donald Trump was fond of calling the coronavirus the “Chinese Virus,” but in recent days, reporters noticed he seemed to have toned down his use the label.

During his press conference on Thursday, a reporter asked Trump if China’s president had asked him to stop using the phrase.

“He never asked me, somebody might have spoke to somebody, but no spoke to me about it,” Trump said.

“I think it was time though, you know I talk about the Chinese Virus, and I mean it — that’s where it came from,” he said, adding, “But, I don’t have to say it if they feel so strongly about it.”

Watch the video below:

Pres. Trump: “I talk about the ‘Chinese virus.’ And I mean it. That’s where it came from…But I don’t have to say it if they feel so strongly about it.”

Trump’s use of the term came under scrutiny amid reported incidents of bias against Asian Americans. https://t.co/LQ9OGFEjTI pic.twitter.com/p2V9gqifC0

Trump had been criticized for using the term by some who argued that it could incite violence against Asian Americans.

However, when he was pressed on whether it was racist, Trump previously defended using the term, “It’s not racist at all.”

“I have great love for all of the people from our country, but as you know, China tried to say at one point — maybe they stopped now — that it was caused by American soldiers. That can’t happen, it’s not going to happen, not as long as I’m president. It comes from China,” he added.

On Monday, Trump tweeted that the spread of the coronavirus is not “their fault in any way.”

“It is very important that we totally protect our Asian American community in the United States, and all around the world. They are amazing people, and the spreading of the Virus is NOT their fault in any way, shape, or form.”

….is NOT their fault in any way, shape, or form. They are working closely with us to get rid of it. WE WILL PREVAIL TOGETHER!

Trump’s apparent shunning of the term comes after several reports said that Asian Americans have been attacked as people reportedly blamed them for the spread of the Virus.