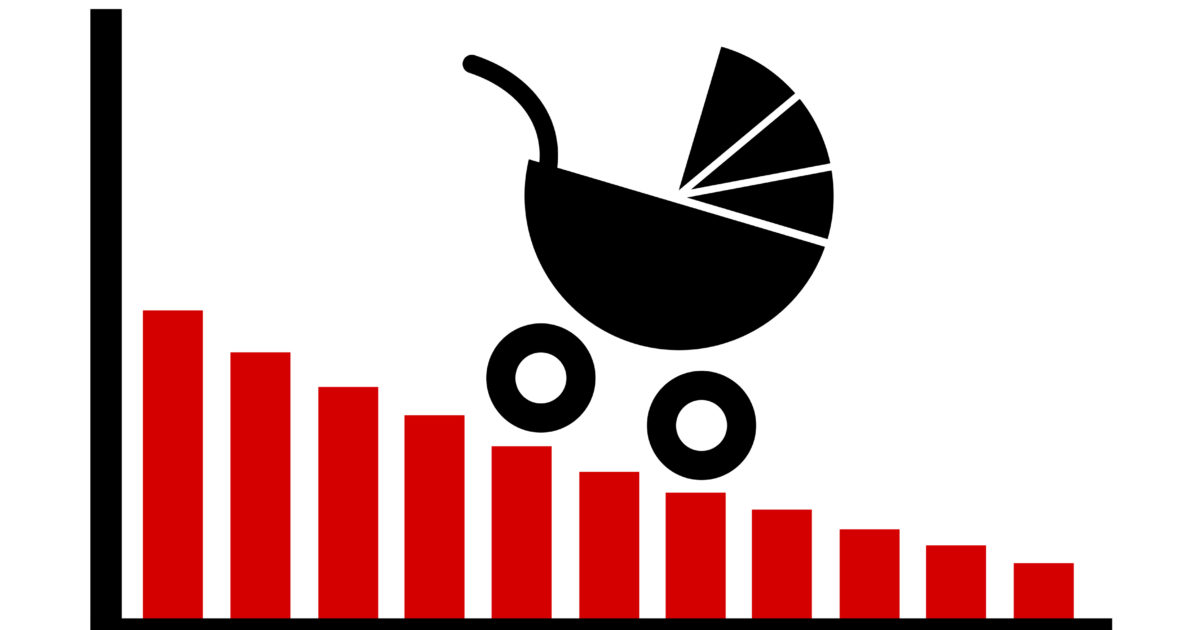 “In the United States, fewer births and more deaths reduced population growth to a 100-year low,” reports a new study by demographers at the University of New Hampshire (UNH). They add that “in nearly 46 percent of counties, more people died than were born last year.”

“Because of this smaller surplus and diminished immigration, the U.S. population grew by just 0.48 percent last year—the lowest population growth rate since 1919,” note the UNH researchers. They also reported that “more people died than were born last year in 1,430 of the 3,142 U.S. counties (46 percent).” This is up from ten years ago when 889 counties (28 percent) had more deaths than births.

Interestingly, the low—that is to say, negative—population growth in 1919 was largely the result of the decimation caused by the Spanish flu pandemic. Between July 1918 and July 1919, U.S. population actually dropped by 60,000 people. Let’s hope that the current coronavirus epidemic will not be so severe as to have a similar effect in the coming year or so.